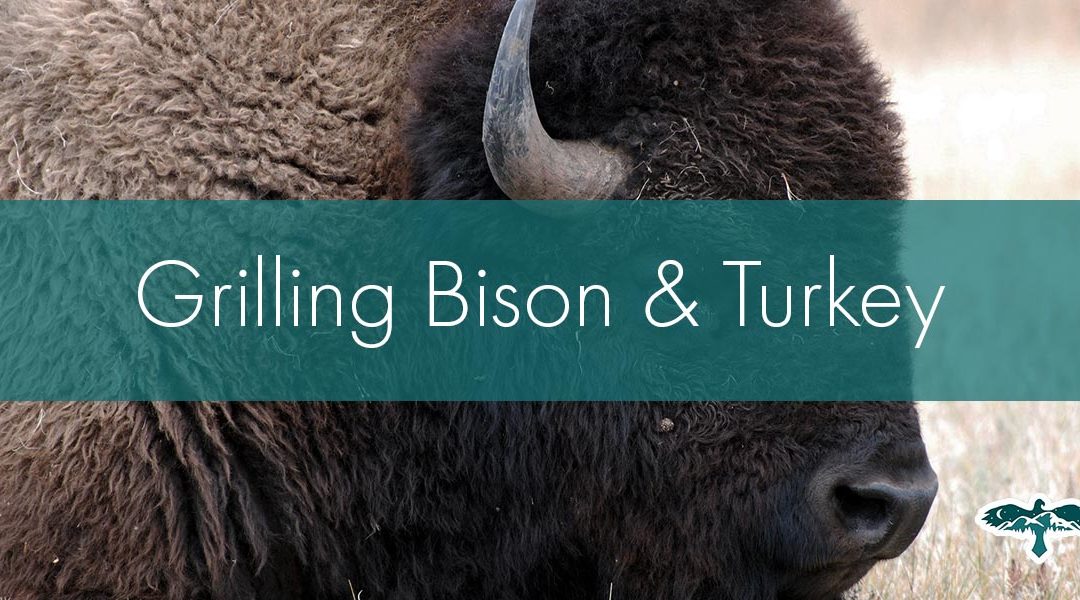 The chance to get your dream summer bod may have passed for this year, but there’s still time to learn about grilling healthier alternatives to traditional red meats.

Bison is similar to beef with one added benefit – it’s super lean. Because of the lower fat content, it cooks faster and at lower temperatures than beef. Many health-conscious chefs swap out bison for beef but, bison is especially versatile due to its slightly-sweet flavor profile.

The first step in grilling a perfect bison burger is getting the temperature right. If baking your burger, the oven only needs to be set to around 275 degrees F. If grilling, you want to be cautious of overcooking the patty or steak. A bison steak or burger should never be cooked past medium doneness. Because of the lack of marbling and fatty content, even slightly overcooking the meat will create an unwanted toughness. The internal temperature of the meat should reach at least 145 F – whether cooking steak, patties, or chunks. With all cooking methods, go for the low and slow method.
If you’re getting your bison from the butcher, keep in mind that cuts of bison are identical to beef cuts. Bison can be prepped similarly to beef; You can dry season, marinate, cube, mince, and more. We suggest trying out different flavor profiles with bison. You’ll find that you need to use less salt in the seasoning process, but we also suggest experimenting with something a bit spicier or slightly more flavor-intense. The slight sweetness of bison will balance out a lot of different spice combinations that would be too overwhelming with beef.

All meat should rest before slicing and plating, but bison requires a longer rest time than fattier meats. 20-30 minutes is suggested in order for the meat to retain its moisture. Since you’ve already decided to step outside the box by working with bison, you might as well prepare sides that complement your selection of meat. Traditional pairings include squash, sweet potato, and potato salad. If you’re looking for an entirely new experience, a side of veggie stir fry or less common root vegetables such as rutabaga or beets.

At this point, most people know that ground turkey is a much healthier substitute for ground beef. It has a lower saturated fat content, is less calorie dense, and has fewer associated negative health risks. Ground turkey, however, gets a bad rap due to its potential to be dry and flavorless. We’d argue that when prepared and cooked correctly, turkey can produce wonderful flavor and texture.

As with bison, turkey tends to be a leaner meat. If you’re looking to cook with meat that has similar fat content to beef, you should search for ground thighs and drumsticks vs ground breast meat. Lean meat (meat with less fat) works well for flavoring sauces. Meat with a higher fat content works better for burgers.
Getting the seasoning just right with turkey is key to its outcome. Turkey needs a good sprinkling of salt, pepper, and other spices to give it a flavor boost. If you are preparing burgers, pay special attention to flavor. Dried herbs and spices work especially well since they tend to pack more of a flavor punch.
Turkey needn’t be cooked as long as beef. There’s but a small window between a perfect, juicy burger and a dry, crumbly mess. Once internal temp reaches 165 F, you’re good to go. Cook turkey with medium heat and slightly away from the source of heat.
Another mistake we see when cooking turkey is flipping and handling the meat too much. Lightly oil your hands before mixing up any spices and seasoning into the meat and try your best to only flip your burgers once or twice when on the grill.
The one major difference with turkey is that there is are no levels of doneness. Turkey is either undercooked, cooked perfectly, or overdone. Patties should be white throughout and any juices should run clear.

Turkey will cool much faster than some other meats, so it need only rest for 5-10 minutes after cooking before you can slice or plate. Turkey burgers have a less intense flavor than beef, so your chance to shine is with burger toppings and sides. Instead of lettuce and American cheese, try arugula and gouda. Any sort of sriracha, spicy mayo, or spicy ketchup will work well with a turkey burger.
Side dishes can be a bit more decadent since the burger will be less heavy than a traditional beef burger. Pasta salads, risottos, and loaded potatoes make great pairings.
Overall, grilling with bison, turkey, or any other beef alternative is a great chance to experiment with flavor and food combinations. Take this time to prep that bookmarked recipe you’ve been dying to try. Bison and turkey provide a new world of cooking techniques to master – and prove that healthy doesn’t have to be sad and boring.